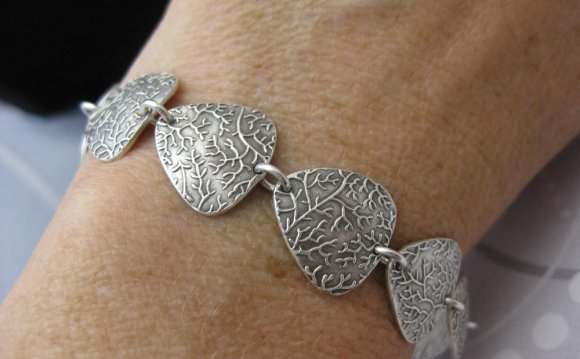 Try this article. Bentontie Clays are a complicated study yet so very safe.

Article: Why Bentonite Clays are Safe to Ingest
by Perry A~ Arledge
It is a known fact that because of Bentonites’ volcanic origins, they will have small trace amounts of metal oxide trace elements, primarily aluminum but also lead, mercury and even arsenic. On the average, clays contain 70-90 trace minerals in parts per million (ppm). These heavy metal trace minerals in Bentonite clays are safe because they are not bioavailable to the body. They serve another purpose. Their purpose is in the structure of the clay particle, contributing to the clay’s negative ionic charge. In addition, the clay particle is too large to pass through the colon into the bloodstream. Bentonites are from the Smectite family of clays having a dioctahedral 2:1 structure.

Smectite clays are a super stable compound, and the minerals are tightly bound by covalent O and OH (hydroxide) bonds. OH is an oxygen atom covalently bonded to a hydrogen atom, each providing an electron to form the covalent bond. Like a chain link fence these bonds hold the atoms tightly together, forming the structure of the clay particle.

The only minerals bio-available in Bentonites are small amounts of calcium, magnesium, potassium and sodium. These are in the adsorption layer and are the variable charge which is located on the edges of clay particles. Only these minerals can be released and absorbed by body.

The other minerals in clays are fused together by covalent bonding and fixed as a permanent part of the clay particle. They form the large surface area of negative charges that are found between these microscopically thin layers of clay. They act as a strong magnetic pole for capturing and removing, viruses, yeasts, molds, toxins and heavy metals found in the body. [1]

The charge distribution of positive edges and negative faces is as shown below.

Below see the clay mineral structure of a dioctahedral 2:1 structured clay; it has two tetrahedral sheets, with the unshared vertexes of each sheet pointing toward each other and forming each side of the octahedral sheet in between them.

Toxins and heavy metals accumulated and stored in the body carry a positive ionic charge. The strong negative ionic charge on the large surface area of clays magnetizes these elements and removes them from the body in two ways: internally, by grabbing any toxins present in the alimentary canal from the mouth south and eliminating them from the body; and externally, removing toxins stored in the body by pulling the toxins out through the pores of the skin through the actions of clay detox baths. They become tightly bound to the clay particles.

For a chemical analysis to be performed to break these individual trace heavy metal elements out takes 600-1000 degrees Celsius or a very strong acid, much stronger than the body can produce. [2]

The clay removes toxins while staying intact and exits the body without being broken down into its trace elements. This miraculous ability is possible because clays are catalysts. A catalyst provides activation energy to the body. A catalyst is an agent that provokes or speeds significant change or action. Unlike other reagents, substances that produce a chemical reaction, catalysts, are not consumed by the reaction itself.

As a catalyst, enzymes in the body attach to the clay particles and together they become co-creators. These pairings are capable of making amino acids (building blocks of protein), proteins, peptide chains and minerals the body may be deficient in that the clay does not even contain. They are magnificent co-creators. The clay molecule itself is not changed by this process. [3]

A large proportion of our cells, muscles and tissue are made up of amino acids, meaning they carry out many important bodily functions, such as giving cells their structure. They also play a key role in the transport and the storage of nutrients. Amino acids have an influence on the function of organs, glands, tendons and arteries. They are furthermore essential for healing wounds and repairing tissue, especially in the muscles, bones, skin and hair as well as for the removal of all kinds of waste deposits produced in connection with the metabolism.

Smectite clays should not be evaluated like other foods and supplements because of the body’s inability to metabolize and otherwise break down the individual trace minerals in the clay. As you will come to understand, clays are a horse of a different color and because of their unique abilities, they do not fit the normal standards for FDA testing and regulations.

It is important to know your clays. Some clays are acidic, some gritty, some high sodium content, and some not mined with care. Each clay deposit is different in its mineral composition.

A company who chooses to provide a Quality Control Report, is assuring that their clay meets the specifications set by the U.S. Food and Drug Administration.