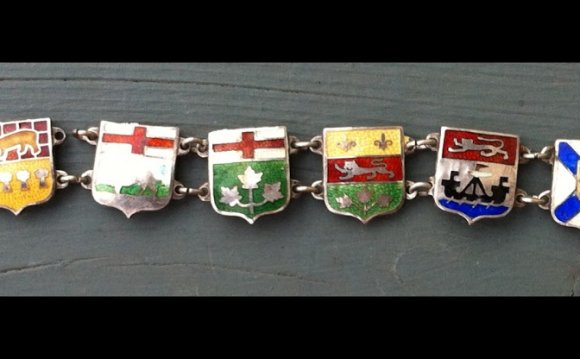 In its first decade in the United States, metal clay has found its firmest following among craft artists and hobby jewelers. These small-scale artisans have traditionally focused on metal clay’s potential as a medium for one-of-a-kind work, an area where the material shines. As their skills and businesses expand, though, some metal clay artists are beginning to look at metal clay as a starting point for production lines.

Metal clay has not yet proven to be an effective substitute for casting: sterling silver is often preferred over fine silver for its relative strength, and the higher cost of metal clay compared to cast silver generally makes it unappealing for large volume production. But some craft artists have begun bridging the gap between one-of-a-kind and volume production by using metal clay to create production models and turning to traditional casting techniques for their reproduction.

Jennifer “Jeff” Bowie of Picklepot Studio in Salem, Massachusetts, saw the potential for metal clay to become a production tool during her very first class in the material. “My first attempts [included] a couple of pieces I really liked, ” she says. “One was just a little ball that I pressed a texture on, and I thought, ‘Wouldn’t that make a lovely pair of earrings?’ So I got it into my head to send it to a caster.”

That first little earring soon became one of Bowie ‘s best sellers, and metal clay became one of Bowie ‘s primary methods of constructing production models. “[With metal clay], I can start with a textured material and go through a whole series of permutations relatively quickly. If I had to photo-etch each and every piece, it would be an awful lot of labor up front, ” she says. “I can sit with an ounce of clay and turn out 30 little design models. If I throw half of them out, so what? I haven’t lost a lot of time. and $15 on design models isn’t really a lot of money.”

The speed of design takes some of the heavy labor out of production work. “One of the things I like best about metal clay for production is that it makes it very easy for me to produce a number of design models, and to have fun in the design process, ” she says.

In addition, the fact that the final model is a finished piece makes it easier for her to spot flaws prior to casting. “When you send a model for molding, any error you see in the piece you’ll see 100 times after casting, ” she points out. “Every hour spent on perfecting the original model is five hours [saved] in clean up later down the line.” Bowie makes it easier to spot potential problems by putting a high polish on all her pieces, even those that will eventually have a matte finish. “It’s a whole lot easier to rough them all up later, ” she says.

After firing her metal clay pieces into fine silver, she solders on findings, such as jump rings for linking bracelets. The relative difficulty of soldering on the material is one of the few downsides to working with metal clay, she says.

“Soldering with metal clay is always tricky, ” says Bowie . “Because of the [material’s] porosity, it soaks up solder like a sponge. You have to be very [alert] to solder findings

to Precious Metal Clay (PMC). I had one blow up. There was some kind of vacancy in the interior and it literally exploded. Those things don’t happen in rolled sheet metal.”

Once it gets to the caster, though, casting metal clay production models is exactly like casting any other production model. “It’s a chunk of metal, ” Bowie says. “[Metal clay] affects other processes, such as soldering, but for molding it’s the same as if it were a walnut.”

Although Bowie admits she could use traditional wax carving techniques for her designs, she finds metal clay easier to use. “For one thing, I’m a lousy wax carver, ” she confesses. “Reductive carving is hard for me. [Metal clay] is very additive, so I can build a piece far more easily than I could carve it in wax.”

Bowie also likes the quality metal clay imparts to her pieces. “Metal clay has this organic flavor you don’t get in metal, ” she says. “It allows my production work to be a little more unique. It lends a certain organic quality to what is normally a very static process.”