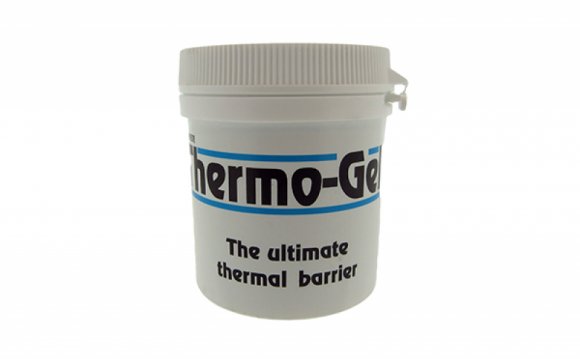 A group of song writers and record producers recently completed a two week Writer’s Retreat at Miles Copeland’s Château Marouatte in the Dordogne region of France with each writing/recording area equipped with a selection of pro audio gear, including PMC loudspeakers.

Surrounded by medieval castle walls, gothic towers and fantastic antiques, the invited guests worked in groups to write and record new compositions that, if previous events are anything to go by, could soon find their way into the US and UK charts.

With assistance from its French distributor Studio Dealers, PMC supplied six pairs of nearfield monitors, which were positioned in various rooms around the Château.

“Our twotwo.6 speakers were perfect for most of the rooms because they are ideally suited to nearfield monitoring and deliver transparent, accurate and distortion-free audio, ” Allen says.

“For the largest recording room, we installed a pair of three-way MB2S mid-field speakers. All participants enjoyed working there and having a large reference system available for finals checks. They also got the chance to hear their songs in the dining hall where we installed a pair of twotwo.8 speakers for critical late-night playback listening sessions.”

Everyone taking part in the retreat was impressed with the audio quality delivered by PMC. Miles Copeland was particularly enthralled and says that PMC are now a permanent fixture for all future events.

“At so many of my songwriter events in the past, we would get advise that we should have this speaker or that speaker system to really hear the songs as they should sound, ” he says. “At this recent event with Greg Wells, PMC provided speakers for the studios and for the playback room and wow, what a difference! No more suggestions of what speakers I need. The PMC speakers delivered and all the songs sounded great. We know which brand we want to use in the future.”

His views are shared by Wells, who says: “I have a pair of PMC MB2S XBD speakers in my own studio in California and I’ve always loved the way they sound. It was a huge help to have the support of PMC in furnishing this think tank event with their speakers. All the producers were blown away and two of them have already begun talks to acquire their own PMCs. Monitors have always been a battle for me - it was always essential to listen to a mix the next morning in a car or at home. That battle has now evaporated and I can’t tell you what a helpful tool it is to hear all the music all the time.”

The Writer’s Retreats at Château Marouatte date back to the late 1990s when Miles Copeland invited artists such as Jeff Beck, Jon Bon Jovi, Belinda Carlisle and Desmond Child to participate. The tragic events of 9/11 halted the sessions for a few years, but in 2011 the Retreats were revived by multiple Grammy nominated musician, record producer and songwriter Greg Wells, in conjunction with the US songwriters organisation ASCAP.

“ASCAP still runs an annual event in September of each year, but we have also introduced a retreat in the spring, which is organised purely by Greg, ” Copeland explains. “The UK’s Music Publishers Association is launching its own annual event in October, 2015 so there will soon be three separate songwriting events at the Château.”

The environment is obviously inspirational as a number of hits have been created within the château walls. These include several country N0.1s, such as Aaron Tippin’s That’s As Close As I Get To Lovin You; Miranda Lambert and Carrie Underwood’s No.1 hit Somethin Bad and Keith Urban’s first No.1 But For The Grace of God, which he co-wrote at Château Marouatte with Charlotte Caffe and Jane Wiedlan of the Go Go’s.

“We’ve even had some big hits in the Arab speaking world, ” Copeland adds, “including Yalla Ya Shebab with Ragheb Alama.”

“They have all been involved with the Top 10 pop chart in the US over the past year, from Eminem to Katy Perry, David Guetta and Iconopop, ” Wells explains. “They’re mainly younger writers and producers with lots of success that command a whole other level of talent than most people in their field of work.”

Time will tell whether any of this year’s songs make it into the charts, but should anyone create a No. 1 song that sells over 10 million units, they will have the honour of being inducted into the Grand Order des Troubadours de Marouatte.

“Greg is a Knight of Marouatte and is known as Sir Greg at the Château because he wrote a No.1 hit there, ” Miles Copeland explains. “He was inducted back in the 1990s, along with Mark Hudon and Carol King who co-wrote Celine Dion’s hit The Reason.”